Modern academia is characterised by an identity crises. Defined by both the idealism of scholars pursuing what Hannah Arendt called the “life of the mind” and materialistic concerns over careers and infrastructure, academia is a tortured beast. In a fascinating recent paper in the Journal of Classic Sociology, Stephen Turner identifies the disheartened idealism of classic sociologists Max Weber and Thorstein Veblen (writing in the early 20th century) as enduring into our late modern era. In Turner’s account, the post-War era brought with it the dominance of the university in how individuals imagined seeking the life of the mind, displacing earlier amateurist ideals that great science would occur beyond the confines of the conservative cloisters of the academy. Now more commonly than not, intellectual merit is evidenced through the uptake of ideas through citation and reference, if not through holding esteemed academic offices and leadership titles.

In The Social Structures of Global Academia, Nick Osbaldiston and I offer an overview of how sociologists have explained the culture and governance of academia as a trans-national ideal. In that book, we argue that “the university is vitalised by the idea that the rationalisation of knowledge is a public good, which also requires an appropriate form of social organisation” (p. 1). In other words, academia is a form of social organisation in which questions about how the “life of the mind” should be lived are central to justifying the distribution of power in that institution to its members. This might partially explain the suspicion held against rock-star professors and patent-holding innovators whose esteem and academic capital may help to materially sustain their research groups and departments. But besides these exceptional figures, academic staff at all levels reproduce discussions and myths about academia as a kind of broken bastion in need of repair and perhaps re-sanctification.

In this post, I explore the social context that this mythology and discussion have emerged within: A late modern era in which aspiring professionals are implored not only to seek meaningful work, but who are encouraged to reflect on that work through its organisation as academic work. I will do so through exploring three tropes that have emerged in recent times, which ostensibly offer descriptive diagnoses, but which each may support strong values about what role academia should play in social and professional life. I have described these below as the acceleration diagnosis, the precarity diagnosis, and the corrupt culture diagnosis.

A number of popular and critical works have emerged identifying the rhythms of scholarship as either the unfortunate victims or aggrieved targets of efforts to transform academic life. Berg and Seeber’s The Slow Professor is among these works, as is Slow Science Manifesto project, and Filip Vostal’s work within and surrounding his book, Accelerating Academia. These works identify mismatches between the pace, rhythm, and frequency of different scholarly activities and their surrounding (capitalist) environments as a source of allegations of dysfunction in academia. The acceleration diagnosis does not point towards a solitary pathogen, but identifies a cacophony of disturbing and counter-productive trends, such as the pressure to publish large volumes of scholarship, to conform to governmental norms such as “excellence” and “impact”, and to plan scientific findings and work to corporate timelines.

The consequences of asynchronicity have been documented for some years now by the Accelerated Academy project, whose discussions appear on the LSE’s Impact Blog and at their conferences. Reflecting on the Accelerated Academy project, Mark Carrigan and Filip Vostal caution that although their project has become something of an academic earworm, analysts should resist quick prognosis such as “it should all slow down”. Some other, more reasonable, ideal should be driving claims about the appropriate pace and course of action for transforming scholarly life.

For many, this value is professional autonomy, which in temporal terms becomes what Vostal calls “temporal autonomy”. However, it is not always clear that autonomy is directed towards the transformation of scientific practice, as much issues of control over personal lifestyle and work satisfaction (as Vostal has also noted in the chapter above). Alison Edwards articulates the desire for autonomy over lifestyle clearly in her account of taking back autonomy through becoming an independent (and self-funded) scholar. While the acceleration diagnosis is a valuable description of the interruption of scholarly work, it is also mired in the desire of scholars to seek a meaningful existence on their own terms.

Other scholars have focused on the transformation of work contracts between academics and universities as a source of malaise within academia. Specifically, the growth of contingent work contracts, which characterises sectors beyond higher education, has been identified by labour scholars as detrimental to the functioning of academic life. Christian Mauri, for example, claims in his chapter, ‘Formulating the Academic Precariat’, that the growth of these contracts produces a rift with the academic profession:

Along with securely employed professional and administrative staff, the core is made up by the real faculty who are in or on a clear track towards ongoing positions. While the redundancy rounds that many universities go through, ostensibly to cut down on unnecessary expenditure, means that positions that were previously counted as secure are always subject to the threat of dissolution, the core is nonetheless, comparatively speaking, the domain of the secure salariat. The periphery is inhabited by sessional academics, who are casualised in so far that they are employed as part of a “reserve army” of labour on casual or limited-term contracts for years at a time, and proletarianised in so far that their experience and expertise can be rendered irrelevant by the administrators and the proxy-employers of the core that they depend on for employment. (p. 188)

This inequality in authority, recognition of the value of work, and difference in contract and rewards for similar work produces an identity schisms, rendering some academics “bosses” or benefactors, and others as employees and “assistants”. The insecurities of the latter group are (troublingly) not an existential threat to the functioning of universities themselves. Universities in Victoria, Australia, for example, have recently released headcount figures that show that on average, they operate with around 63% and up to 73% of staff employed on contingent contracts, as reported by Madeleine Heffernan. The precarity critique is not, however, confined to a criticism of the functioning of highly precarious workplaces.

Precarity is measured in social science research as both a property of political-economic systems (i.e. in terms of work contracts, justification for pay and benefits) and also as a property of workers’ psychology and decision-making (i.e. feelings of insecurity and unease around future planning). It is within the latter group of studies that the precarity diagnosis develops stronger value claims. In David Knight and Caroline Clarke’s study of academic identity formation under insecure working conditions, the authors claim that although academics seek out secure identities through structurally insecure conditions, “we believe it is important to challenge some of the premises on which [identity formation] is founded”. Diagnosing precarity is not a goal in itself, but a pathway towards a better form of self-knowing and self-action here.

A final genre of diagnosis emerges from studies and commentary that more directly engages with questions of purpose and value in academia. Robert Merton’s account of ‘The Normative Structure of Science’ crystallises values and assumptions that have long since remained in the forefront of debates about ideal academic cultures. The values of communism, universalism, disinterestedness and organised scepticism largely capture the ideals that scholars associate with academic and scientific pursuits in their everyday speech (see ‘You’ve got to love what you do’ for a deeper account of how these ideals play out in a contemporary context). Richard Winter has most clearly outlined the argument that these ideals have become corrupted by the transformation of higher education institutions. He claims that attempts to align academic work with corporate values have produced identity schisms in the higher education sector.

At face value, Winter’s argument is that a mismatch between corporate and academic values has resulted in attempts to adopt incongruent values – leaving some to feel like they are “managed academics” within the corporatising sector. Collegiality is lost to line management as much as honest inquiry is lost to key performance indicators that encourage scholars to seek out the approval of peer-reviewers and managers in their approaches to research and teaching design. But beneath this critique of values incongruence rests a more structural and moral problematic: Is the attraction of an academic role more heavily embedded in the enactment of scholarly values, or the experience of autonomy? This is an important issue because, if new paths to autonomy are learned or created within the corporate system – and if this produces values congruence for academics – then the struggle to maintain scholarly values in the university will lose a powerful ally. The corrupt culture diagnosis may gain its political salience from the desirability of scholarly work and if this is the case, the relevance of Merton’s scientific ethos may be at risk within a more pleasant (or otherwise distracting) corporate setting.

Academia as a Late Modern Neurosis

The three diagnoses that I have explored above are subject to subjective values because they are entwined in every scholars’ personal concern: What is the purpose of scholarship? Why observe? Why record? Why toil experience into language, reflection and argumentation? Why communicate it? Why promote it?

The acceleration, precaritisation, and corruption of academic practice is at the same time the disturbance of a culture of scholarship and the disturbance of an ideal that scholars hold about their futures and life trajectories. Like many other professions, academia carries with it the expectation that its practitioners will aspire to and achieve an integrity of personal character that implies the pursuit of a lifestyle suited to cultivating those character traits. To the extent that this character is seen as desirable as an end in itself, rather than for the sake of professional goods, academic life may become something of a ritualistic obsession. That is, academia may lose value as a public good in favour of its value to individual academics, to bolster their own desires for control over work routines (against accelerationism), security in their professional roles (against precaritisation), and integrity in their sense of self (against the corruption of academic culture). It is this focus on the individual value of academic work and life that academia may appear as a late modern neurosis – a substitute for a quest for control, security and integrity. Any diagnosis of academia must begin with an honest account of what role this institution should play in social life, lest an unnamed desire steers the course of its treatment. 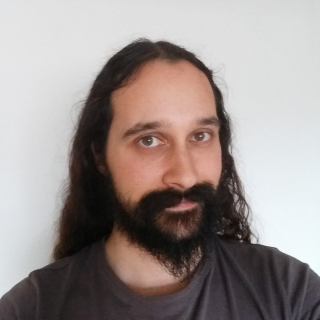 I am an early-career sociologist working in Melbourne, Australia, researching careers and governance in the educational and creative industries through a sociological lens.